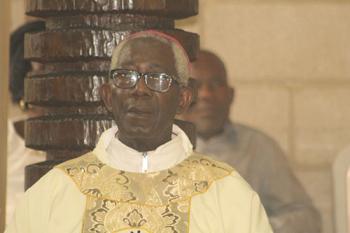 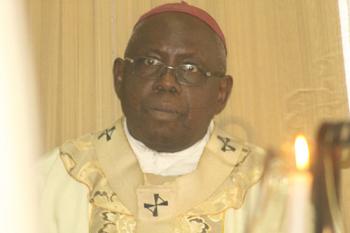 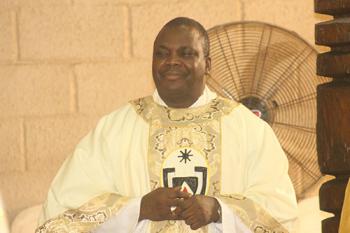 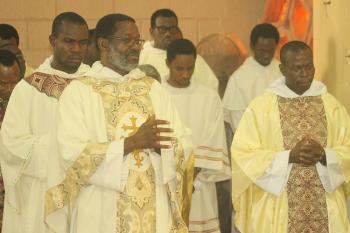 The Mass of the resurrection was held on 3th of January 2019. The liturgical celebration began with office for the dead at 4:45 pm, immediately followed by Holy Mass, with the Archbishop of Ibadan Leke Abegunrin as the chief celebrant. The provincial St. Joseph the worker Nigeria and Ghana was ably represented by his vicar Fr. Felix Onemhegehie op. The celebration was graced with the presence of three bishops; the Archbishop of Ibadan Leke Abegunrin, the Archbishop emeritus of Ibadan, Alaba Job, the bishop of Oyo diocese Emmanuel Badejo, and priest and major superiors of male and female religious congregation, likewise the lay faithful who might have had an encounter with the deceased. More so the brothers in the prior were all present. The vicar to the provincial Fr. Felix Onemhegehie gave the homily of that day. He describe PMO or le pere, as a loving brother who always love the company of people, he also enjoys telling stories and his life experience. He is lover of the liturgy always active and punctual and does not joke with his meal. The liturgical celebration ended about 7:30 pm, then followed with refreshment at the community refectory

Fr. Peter Martins Otillio was born on July 11th 1931. Ordained a catholic priest in September, 21st 1957. He was assigned to Nigeria and arrived on October, 7th 1959. He worked in the northern part of Nigeria for 26 years (1959-1986). Then later was assigned to st. Thomas Aquinas priory Ibadan for. He later became the prior of the community for about six years (1986-1992). Afterward, he was posted to St. Dominic Church Yaba Lagos, where he also became the prior. After finishing his tenure, hr was posted back to Ibadan and served another 6years as prior. Due to a car accident he had some time ago, on his way to the north, his health began to fail. He finally left Nigeria for the united state in the year 2014. The total years he spent in Nigeria was 55year; he was indeed a missionary. He passed on, on the 20th of December 2018 at the age of 87 years in the united state after had lunch with the brothers he went to his cell and lied on his comfortable chair and he breath no more. He was indeed a father to all, a childlike heart and faithful to the liturgy. May his souls rest in peace…