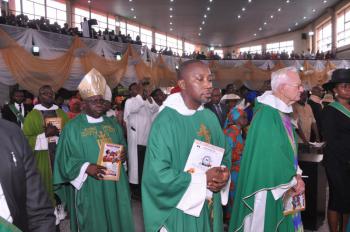 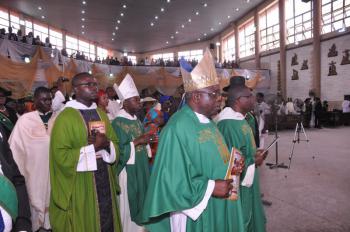 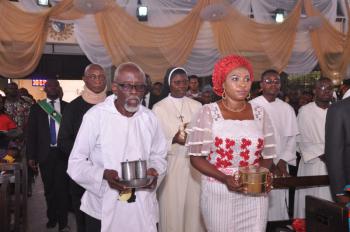 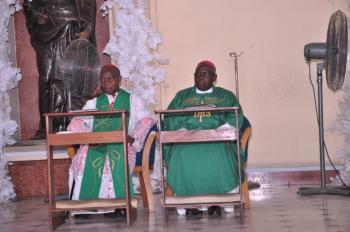 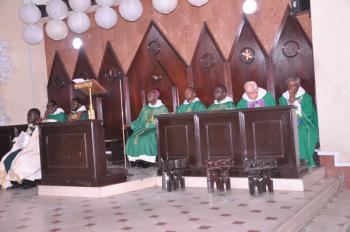 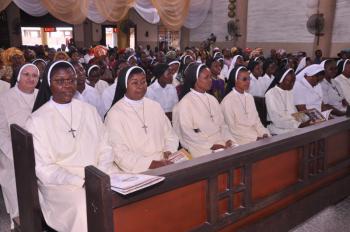 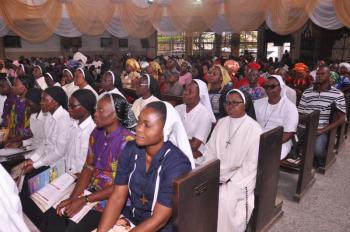 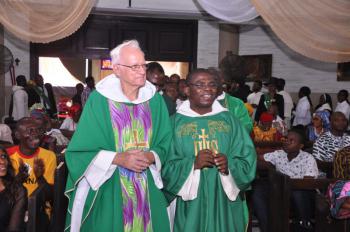 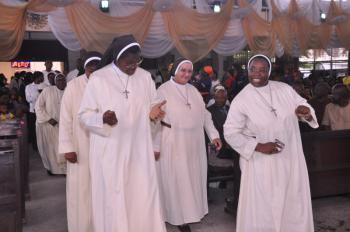 It was yet another period of joy, laughter and praise to God Almighty as the Dominican
Province of St. Joseph the Worker, Nigeria and Ghana, celebrated the ordination of five of
her sons. Friars Jude-Mary Chukwuebuka Owoh, Paul Orerhime Akpomie and Clement
Chibueze Uzoanya were raised to the Order of Priesthood, while Friars Patrick Neil Morrison
and Joseph Osahon Osunde to the Order of Deaconate. The Ordination mass was celebrated by His Grace, Most Rev. Dr. Gabriel Leke Abegunrin , the Archbishop of Ibadan
Archdiocese, on the 19th of July, 2014. This will be Archbishop Abegunrin’s first ordination
mass after receiving his Pallium. The ordination took place in the house of studies of the
province, St. Thomas Aquinas Priory, Ibadan. The ordination celebration was graced by
many priest and religious within and outside the diocese.

As usually the case in recent celebrations in the house of studies, a cake was made by our
super-chef Friar Uchechukwu Odikpo. It had the Bible which is handed to deacons, and the
altar vessels including the host handed to priests at their ordination. All of these features of
the cake looked real (I mean like real book and metal) but they were all eaten up after the
official cutting.

Friar Samuel Onyiba who was supposed to be ordained with the trio will be ordained in his
hometown, Nanka in Anambra state. His ordination will be part of the celebration to round
off the centenary anniversary celebration of the arrival of Christianity to Nanka. He will be
ordained by His Lordship Most Rev. Dr. Paulinus Ezeokafor, Catholic Bishop of Awka on
the 26th of July, 2014, exactly 7 days after his other brothers were ordained.