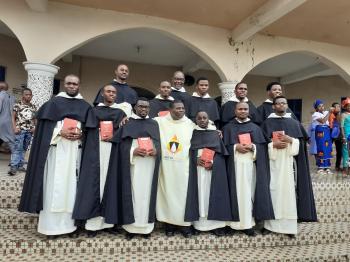 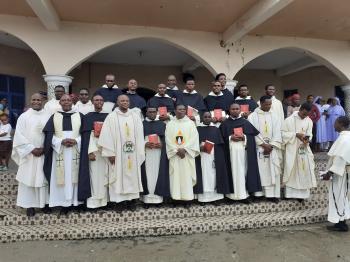 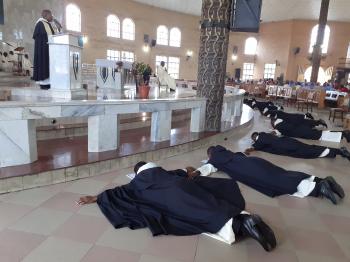 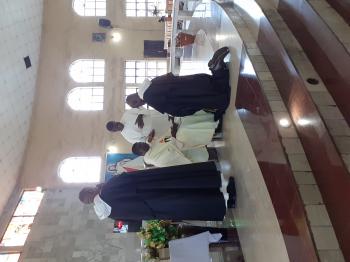 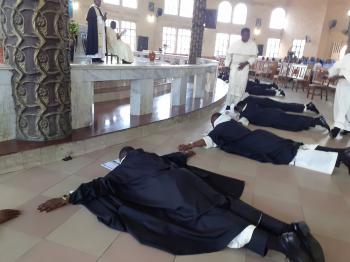 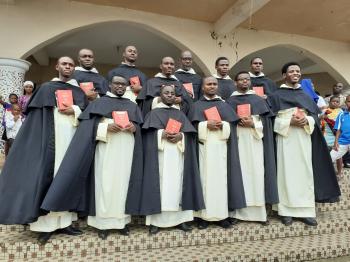 On the feast of St. Augustine, 28th August 2019, 12 brothers, having completed their novitiate, made profession of simple vows in the hands of Rev. Fr Richard Ogedengbe, OP, Prior Provincial of the Province of St. Joseph the Worker, Nigeria and Ghana. The event took place at St. Paul Priory, Oyigbo, Rivers State.

In his homily, the Prior Provincial said Christianity today and indeed religious and priestly life, are being confronted with many challenges and especially the challenge of the vows of Obedience, Chastity and Poverty. He encouraged the brothers who have come to answer God’s call by profession of vows to live up to their commitment, to be vigilant and always prayerful. He said prayer is the key to a successful living of the religious life and the Christian life. The path to the religious life is not free from challenges, but with Jesus the path is made easy. God has called us and empowered us to go and not be afraid of confronting these challenges. He added that the vows are to make us live a joyful life and not to enslave us.

Present at the celebration were priests and religious, family members and friends of the newly professed brothers. In addition, the Dominican Young Heart Movement (DYHM), and the Lay Dominican Fraternities (LDF) where in attendance.